Residential plumbers and Blocked Drains Perth specialists with over 20+ years of experience and lots of happy customers. Serving the Perth metro area and surrounding suburbs. Blocked drains cleared from $97 and if we can’t unblock it, it’s FREE.

WHY CHOOSE DRAINS PLUS TO FIX YOUR
BLOCKED DRAINS PERTH

If We Can’t Unblock Your
Drain – It’s Free

If We Can’t Unblock Your
Drain – It’s Free 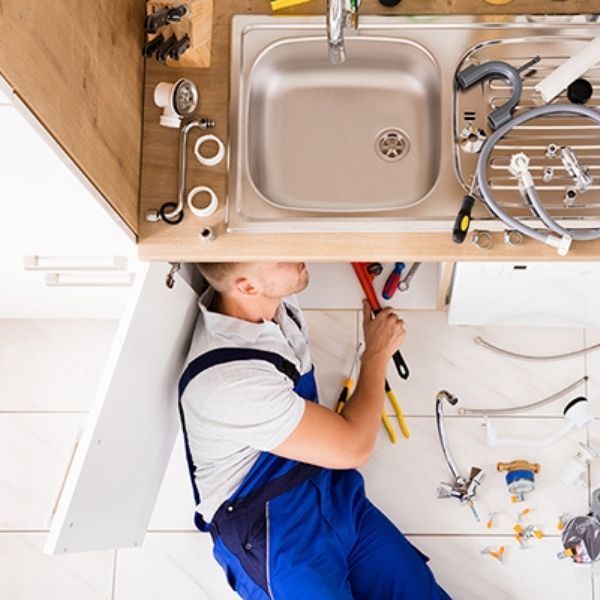 No matter what your plumbing problem is, the experienced team at Drains Plus have got you covered.

We’re your Blocked Drains Specialists Perth. We can clear any drain in the Perth metro areas & surrounding suburbs.

With a FREE plumbing health check on all jobs and the guarantee that if we can’t unblock it, it’s FREE. Call Drains Plus for your Blocked Drains Perth plumbing problems today!

There are so many reasons to work with Drains Plus so click below to read some fo them:

10 x REASONS TO WORK WITH DRAINSPLUS

What Our Customers Have To Say 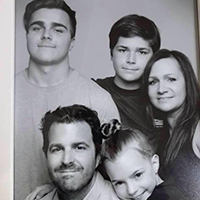 Wouldn’t trust anyone else. Best plumbers in Perth! Honest, professional and efficient 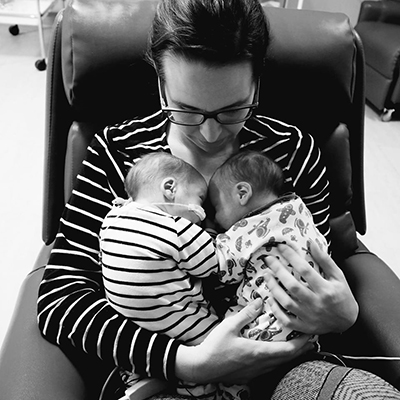 Highly recommend Ian from Drains Plus. Great communication, arrived on time and worked efficiently. Found the issue and cleared out our disgustingly blocked drains without any damage or digging (which another plumber had told us we’d need to do).
Also inspected and fixed up a few other general plumbing issues while he was here, as well as recommending a few more small things to be done, but said we could do ourselves (although I’ll be getting him back to do them). Didn’t feel hard sold, they were genuine issues.
Ian was clean and tidy, and very respectful of our home and I felt the pricing was appropriate for the work completed. Wouldn’t hesitate to recommen 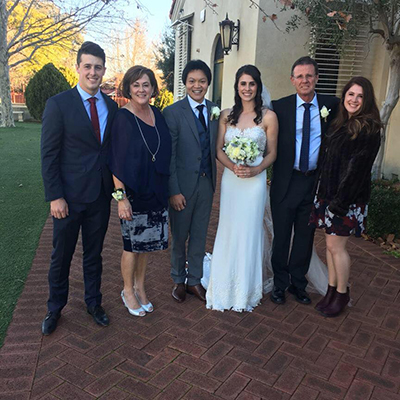 Prompt , fair price and even approached the Water Corporation on our behalf and was successful . Ian was referred to us by a plumber friend. Would highly recommend this company . Thanks Ian 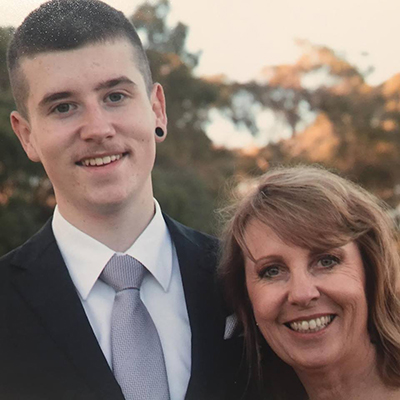 So fast, efficient and economical – these guys are the best! 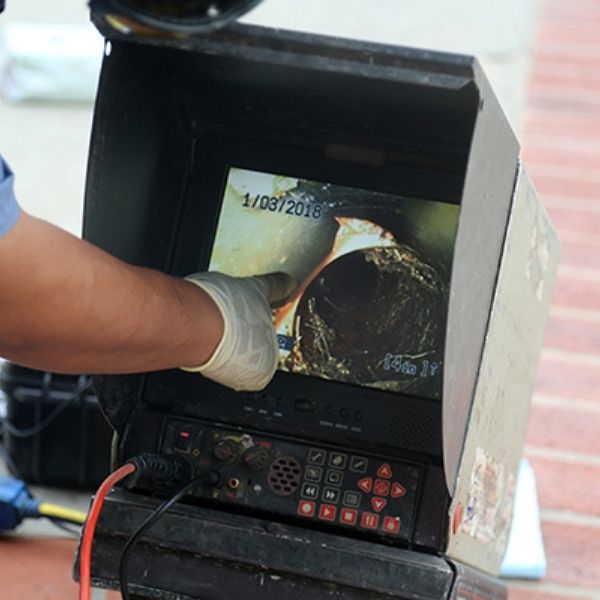 OUR BLOCKED DRAIN SERVICES In PERTH

At Drainsplus we are fully licensed plumbers who can handle almost any drainage problem.

That being said, we specialise in dealing with blocked drains in Perth so, as specialists, any blocked drain problems we can take care of in a faster, more efficient and more cost-effective manner than most other Perth plumbers.

Below is a list of some of the common services we offer here at Drainsplus: 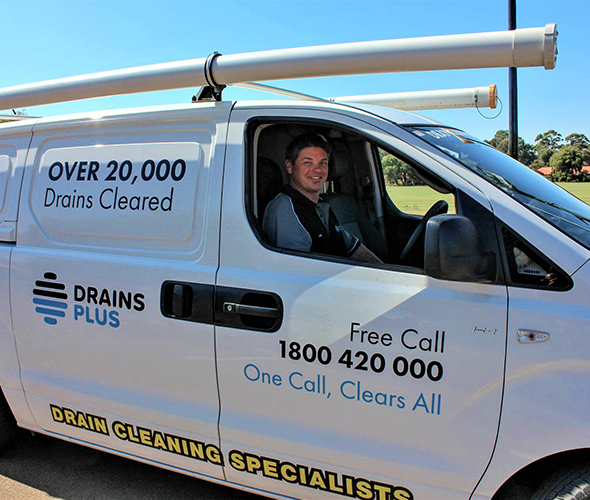 WHO IS DRAINS PLUS?

Let Drains Plus take the frustration out of a clogged drain. With over 20+ years of professional experience, no problem is too difficult for us to solve. We provide a FREE plumbing health check on all jobs. There is even a guarantee that if we can’t unblock the drain, our service is FREE!

Drains Plus has cleared over 20,000 drains in the Perth metro and surrounding areas. Our dedicated, friendly team is fully licenced, insured and can service both domestic and commercial properties. We utilise the latest drain cleaning technology, using only the best equipment. Service calls begin at $97, with easy payment options. Round-the-clock emergency assistance is available. We are Perth’s blocked drain specialists.

What can we help you with today 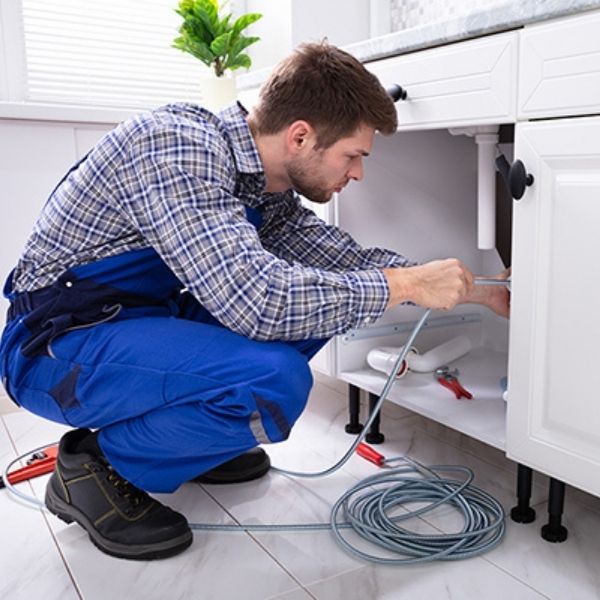 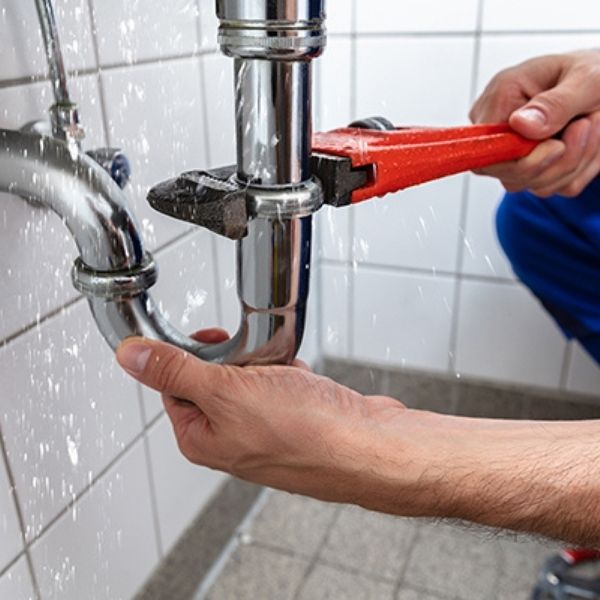 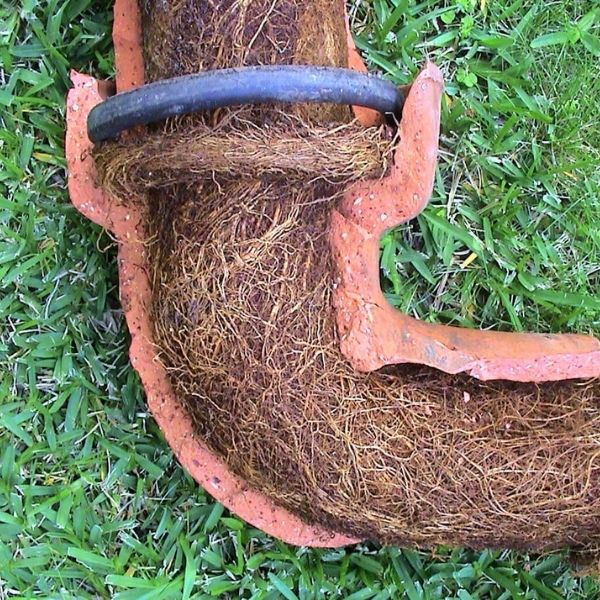 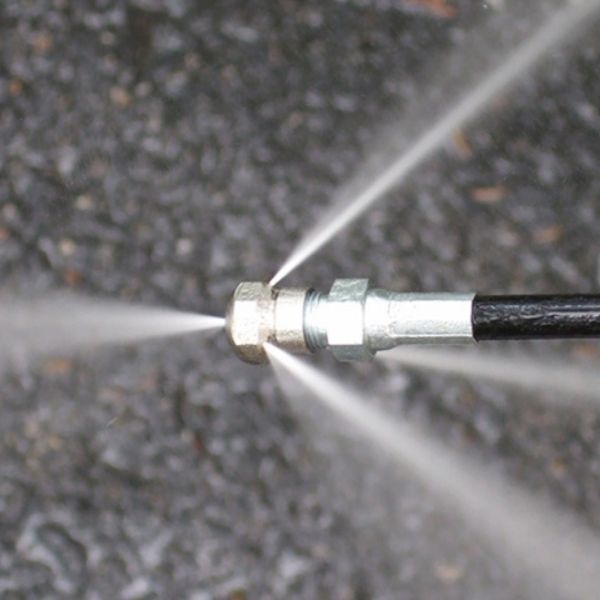 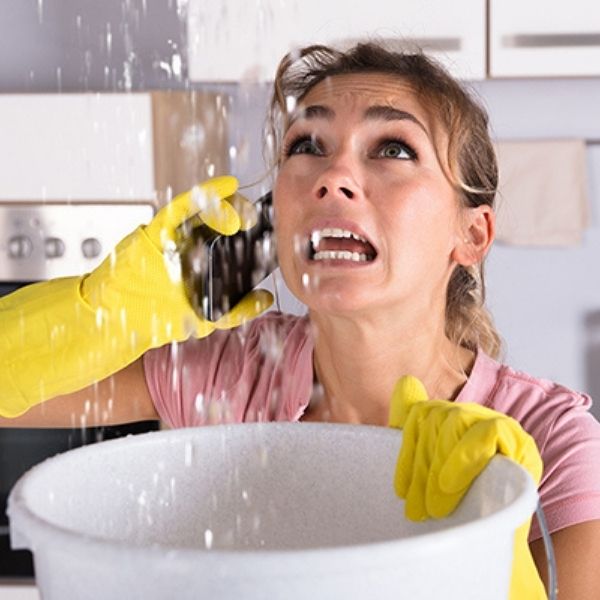 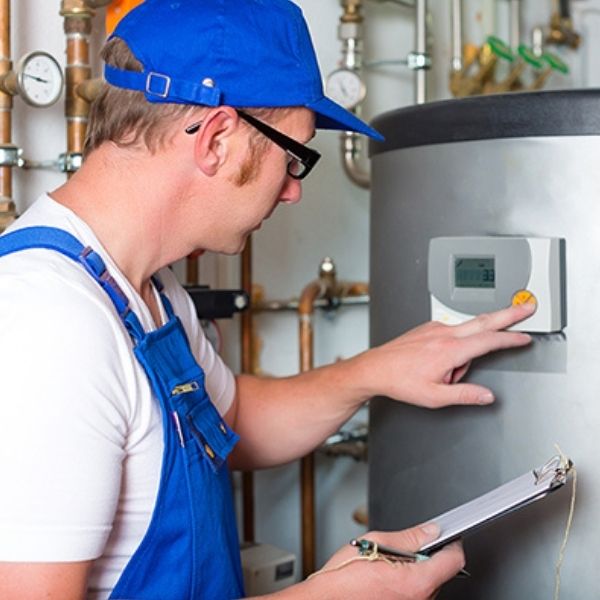 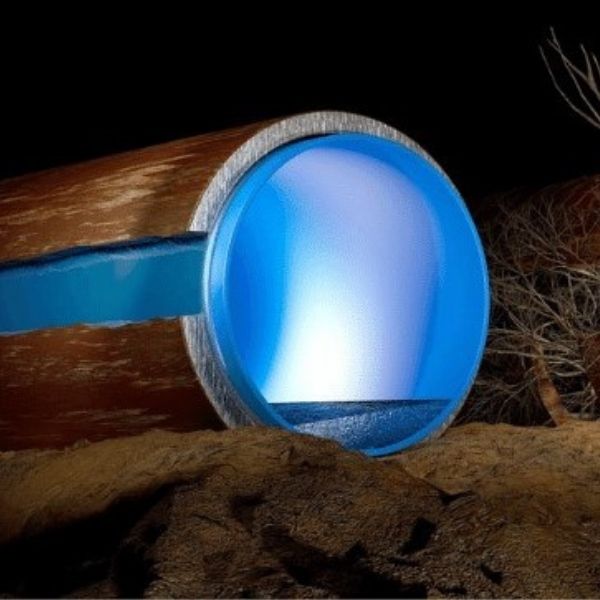 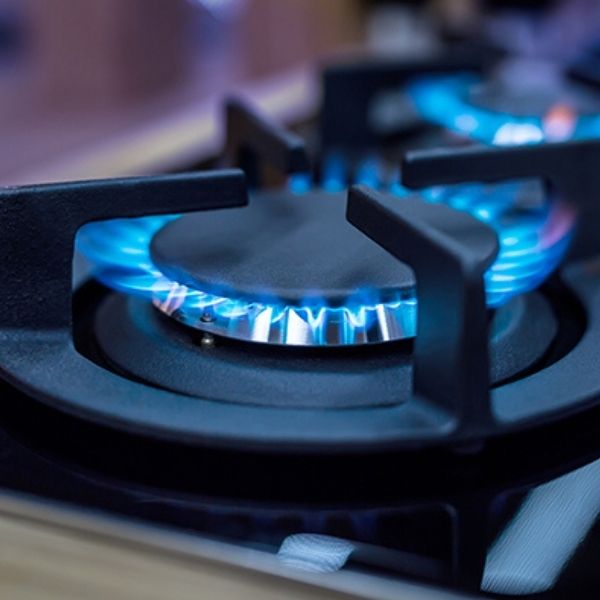 Get your free quote today!
Free plumbing health check on all jobs

What does it cost to unblock a drain?

Blocked drains can range in cost because it depends on why the drain is blocked and how quickly we’re able to identify that. Our blocked drains services start at $97 but they can increase if we need to use our machines, do other plumbing work or it takes a long time to find then fix the fault.

Unfortunately, we don’t offer a fixed price to unblock a drain until we know exactly what has caused the issue but be rest assured that

Don’t worry though. All of this will be discussed with you by our friendly team and we’re both upfront and transparent with pricing so you won’t get a surprise on your invoice.

Who do you call when your drains are blocked?

If you’re in a residential home then in most cases you will want to call a blocked drain plumber. As a property owner, it’s your home so any drainage problems are your responsibility. As a renter, it usually is the case that the blocked drain happened because things have become stuck in the system. If that is the case and the blocked drain is because of use then it’s usually the tenant, not the owner, who’s responsible for this. While you might call your real estate agent because there might be a problem outside of your control which the owner is responsible for but keep in mind that if a plumber offering blocked drain services comes to do a drain unblocking to fix a blocked toilet, blocked sink, blocked basin, blocked shower drains or blockages in any of the internal and external drains – you might be responsible for the invoice.

What happens if drains are blocked?

Blocked drains are not a fun time for anyone involved.

Blocked sinks stink out your kitchen. A blocked basin means you can’t use your bathroom and a blocked toilet…well you don’t want that around for long.

Can I unblock my own drain?

You can do anything if you have the knowledge, skills and equipment to do so.

If someone with knowledge of plumbing has a blocked drain and they have suitable equipment to both identify & resolve the blockage then sure. They could unblock their own drain. The same goes for you. When it comes to Perth blocked drains – you can try to unblock your own drain and we hope you succeed however if you don’t, we’re professional providers of blocked drains services and are specialists at all things blocked drains Perth.

If you’re unsuccessful in your attempts, we’re only a phone call away.

Note – you might find that in your attempts to unblock your own drain to save money you may end up spending more on equipment and with your time then it would have cost to get a professionals help.

Who is responsible for clearing blocked drains?

The short of this answer is – it depends.

If the problem is because of use:

If it’s not because of use I would speak to the person who told you this first to determine why they believe this blocked drain is not from use and then cautiously work to determine liability. This will take a while so it makes sense to get the drain unblocked by a professional providing blocked drain services and then continue with your investigations.

Are blocked drains covered by insurance?

In all the cases we have come across, no blocked drains are not covered by insurance.

What do I do if my outside drain is blocked?

If you have a blocked drain that is outside, the first step would be to talk to a plumber because they will be able to perform an assessment to accurately diagnose what issue you’re facing with your plumbing system. The reason for WHY the drain is blocked is what you’re interested in. It could be a problem in your pipes caused by tree roots, it might be something from the stormwater drain, it might be from use…there are so many things that could be causing it. A professional will be able to perform an inspection, at Drainsplus we use our multi-directional camera equipment, to look into pipes if required to provide an accurate diagnosis of the “WHY” behind your blocked drain Perth.

Is a blocked toilet an emergency?

That depends. Is a blocked toilet an emergency in your eyes? An emergency typically means that it needs to be responded to immediately so, in most situations, a blocked toilet is not this but it is something you will want to try to get same day service on. We would recommend calling a professional provider of blocked drain services, like Drainsplus, and ask them when is the soonest they would be able to attend for a drain cleaning. If you’re happy with that timeframe, great! Book it in but if the timeframe doesn’t work for you to fix drainage problems like this ask if they have any recommendations for people that might be able to help give you clear drains sooner.

How much does it cost to unblock a toilet in Australia?

A blocked toilet is a problem that needs immediate attention but given that a toilet is just another type of drain – the cost to perform this drain cleaning starts at $97 but could go up into the hundreds depending on the situation.

Is there a difference between a residential and commercial drainage system?

There is a difference between these systems but it is mostly due to the size of the system overall. The principals are the same between both a residential and commercial system.

What do I do if there are tree roots in my pipes?

Tree roots in your pipes is not a great situation to be in. I would recommend you call Drainsplus and make an appointment to have this assessment. We have a special drain camera that we can use to see what is really going inside your pipe. If you’re available, it would be great if you were there with us for this assessment because it’s great for clients to see what we can see on the drain camera. Tree roots can cause serious damage to your pipes but, if a repair is needed, we can discuss many options. These options include using high-pressure water jetters to do the drain cleaning, potentially using pipe relining technology to fix up your pipes with minimal disruption & without the need for costly excavation. The first step is to call a team of licensed plumbers who’re able to provide camera inspections to come assess the situation at your home or business.

What should I not put in my toilet?

GET A FREE QUOTE